A Corporate And Field Sales Solution 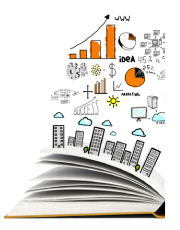 Welcome to the Saleslink Blog

With over 100 combined years of successfully navigating the sales world, Saleslink has garnered a reputation for itself as a leading indpendent sales team – providing corporate sales and field service solutions to manufacturers in the Hardware and Home Center Channel. Our services allow manufacturers to focus on making the best products possible, without having to worry about traversing the retail landscape to get their products in stores.

In this blog, we’ll discuss various aspects of the sales industry, as well as any other relevant topics that we think you will find interesting. If you are a manufacturer looking for representation in sales, a retailer looking to stock your shelves with our customer’s products, or someone who is interested in the work that manufacturer’s representatives do, you should subscribe.

For manufacturers that don’t have their own sales team, there is no better company to work with than Saleslink. Our dedicated independent sales agents will work tirelessly to get your product on the shelves of retailers, that’s how our team won the Delta Faucet 2016 Retail Service Award. We also participate in many Hardware Channel trade shows.  Saleslink takes independent representation to the next level. Contact us today for more information.